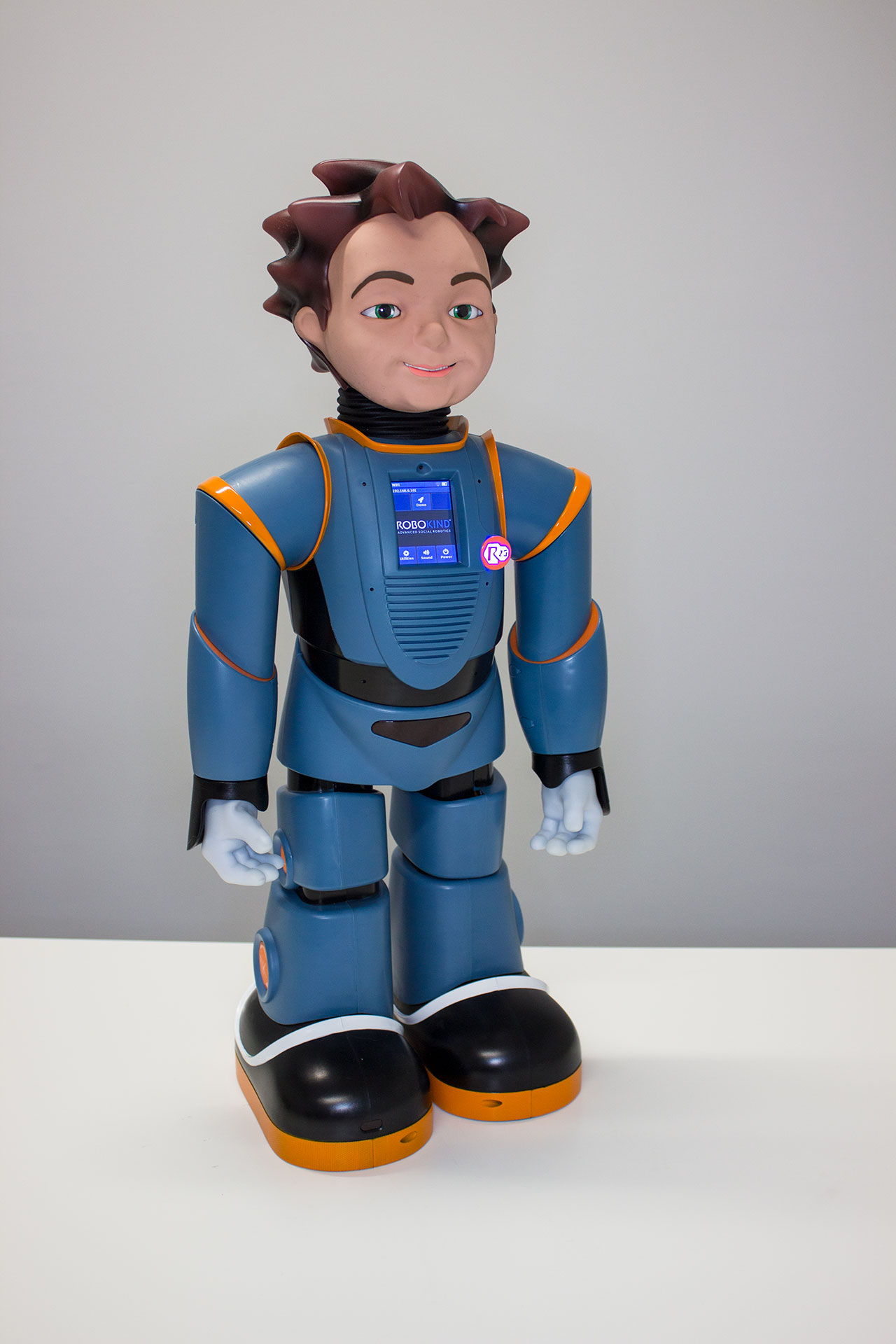 GET TO KNOW MILO

In classrooms across America, a new educational assistant is helping children with autism spectrum disorder (ASD) reach new breakthroughs. The teacher is patient, consistent, and a lot of fun. He’s also a robot.

ASD is a developmental disability that affects 1 in 68 schoolchildren in America alone. According to the Centers for Disease Control (CDC), people living with ASD experience a range of conditions that impact how they communicate and interact socially, making it harder to learn in a traditional educational setting.

One of the biggest challenges for ASD learners is misunderstanding daily social cues. That’s where Milo, an AI robot made by Dallas-based startup Robokind, comes in. Through Milo, children with ASD are learning in ways that open up new possibilities in their adult lives.

In 2017, a major study by the University Bristol found that young people with autism have trouble recognizing and distinguishing different facial expressions. One of Milo’s successes has been to teach these cues to kids in a way that meets their needs.

Fitted in a gray spacesuit, Milo is a two-feet tall, visually-expressive robot who teaches children ages 5-17 how to identify signs of emotion. It works like this: Milo demonstrates an emotion through his own visual expression and asks the child to select the corresponding expression from a set of choices presented on a tablet.

“He’s humanoid enough, but also cartoonish enough that he’s non-threatening,” Robokind’s COO, Dr. Gregory Firn, said. “There’s no negative reinforcement or judgment being made from Milo. That makes him safe and non-threatening to an ASD learner, and really helps with engagement.”

Educational facilities have met Milo with great enthusiasm—he’s used in schools and centers in 27 states in the U.S., and has also been taken up in Canada, the UK, and Australia—in large part, because children have really taken to him.

The reason children are responding so well to Milo, Robokind finds, has to do with how Milo delivers lessons: in repetition. Whereas a human can’t repeat an instruction in exactly the same way with the same tone of voice, Milo can. “He never gets upset,” Firn said. “Instead, he unlocks the reluctance of ASD learners to engage with humans.”"